A Demand for a Full Investigation of the Tribal Data Breach 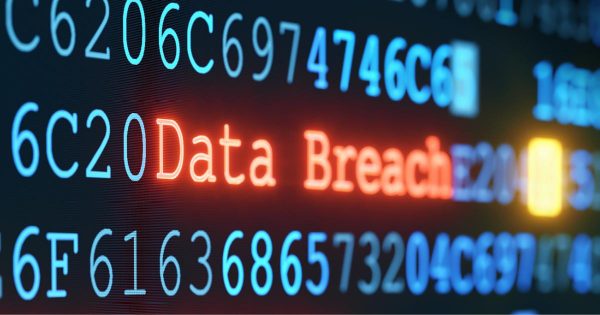 The breach last Friday of tribal information supplied to the U.S. Department of Treasury for Coronavirus Aid, Relief, and Economic Security (CARES) Act funds is completely inexcusable and indefensible.

The source of this major breach is not fully known at this time. What is known is the Treasury Department and U.S. Department of the Interior each played a role in the collection of the information.  There are plenty of theories floating around Indian Country as to who decided to take it upon him or herself to leak the information.

Unfortunately, this lapse during the COVID-19 (novel coronavirus) pandemic diverts attention away from the critical need to fund critical tribal needs and help reopen tribal businesses. Now, valuable time will be spent on speculation and conjecture.

For good reason, American Indians have had a long history of distrust of the federal government due to a history that is filled with mistreatment and atrocities. This certainly is true even when it comes to American Indians participating in the decennial census that is mandated by the U.S. Constitution in Article I. Section 2. Studies reveal American Indians and Alaska Natives have been undercounted in many of the past censuses. One major contributing factor is the belief that the federal government could misuse the collected information and data.

Last Friday’s breach of sensitive tribal data was an inexcusable action that the federal government let happen, and it must have consequences.

"The administration, as a trustee, has a duty to be good steward of any resources Tribes place in its hands – including sensitive and proprietary information.  I am deeply concerned that this breach may not only violate the Department’s trust responsibilities but also be unlawful.  The Department’s actions related to receiving and maintaining this data should be closely scrutinized and anyone responsible for mishandling it should be held accountable," Sen. Tom Udall (D-N.M.), vice chairman of the U.S. Senate on Indian Affairs, commented to Native News Online.

“I fought alongside my colleagues in Congress to secure critical funding for tribal governments in the CARES Act so they can protect the health, safety and financial security of Indian Country. I’m deeply concerned by the administration’s implementation of these provisions, especially the leak of sensitive information that tribal governments supplied in order to access these potentially life-saving funds. We need an immediate, full investigation into this data breach, as well as oversight to ensure fair distribution of the $8 billion in the CARES Act intended only for tribal governments.”

The Department of Treasury and the Department of the Interior must immediately implement the necessary safeguards to ensure that no additional confidential information is released from either department or other federal agencies.

Native News Online demands an apology to Indian Country and a full investigation of the tribal data breach starting at the Department of the Treasury’s Office of Inspector General.