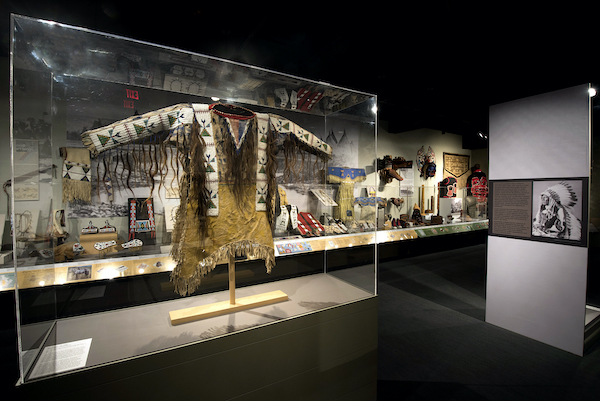 Montclair, NJ – The Montclair Art Museum announced it has received a $320,000 grant from The Henry Luce Foundation to support a new project built around its collection of Native Art of North America.

The award is the Museum’s largest ever one-time foundation grant.

The grant-funded project seeks to “indigenize the curatorial process” by collaborating with Indigenous artists, scholars and communities, according to a statement.

"We are so grateful to the Henry Luce Foundation for making it possible to realize what has been our longtime dream and goal of collaboratively engaging Indigenous artists, scholars, and communities with innovative plans for the museum's collection and exhibitions,” Chief Curator Gail Stavitsky said in a statement. “I look forward to working closely with the Advisory Board members and the future Curator of Native American Art, who will bring current thinking and new strategies to the process of creating new, more dynamic, more ethical and fully realized presentations of the Museum's collection that feature the perspectives and voices of their Native creators."

Along with Stavitsky, the Advisory Board will begin work in June-July 2020 to assist with the development of the Curator of Native American Art job description which will be officially posted in September. The intention is to have a curator in place in January/February 2021 and phased reinstallations of Rand gallery by fall 2023.

The members of the Advisory Board are:

As the only museum in New Jersey specializing in American and Native American art since its founding in 1914, the Montclair Art Museum’s collection of Native American art objects spans the period of ca.1200 C.E. to the present day, including a growing array of works by leading contemporary artists.

The collection represents the cultural development of seven major Native American cultures throughout the United States. Additionally, Native works are regularly featured alongside artwork by non-Native American artists from the Museum’s permanent collection.

This multi-faceted approach to American Native and non-Native art is one that distinguishes Montclair Art Museum because it allows for a broader understanding of the complexities of American history, and creates opportunities for greater access and deeper exploration.

Over the years the Henry Luce Foundation has provided essential support to the museum's exhibitions Cezanne and American Modernism and Matisse and American Art, as well as funding for a multi-year cataloguing project of the Museum’s Morgan Russell Collection.