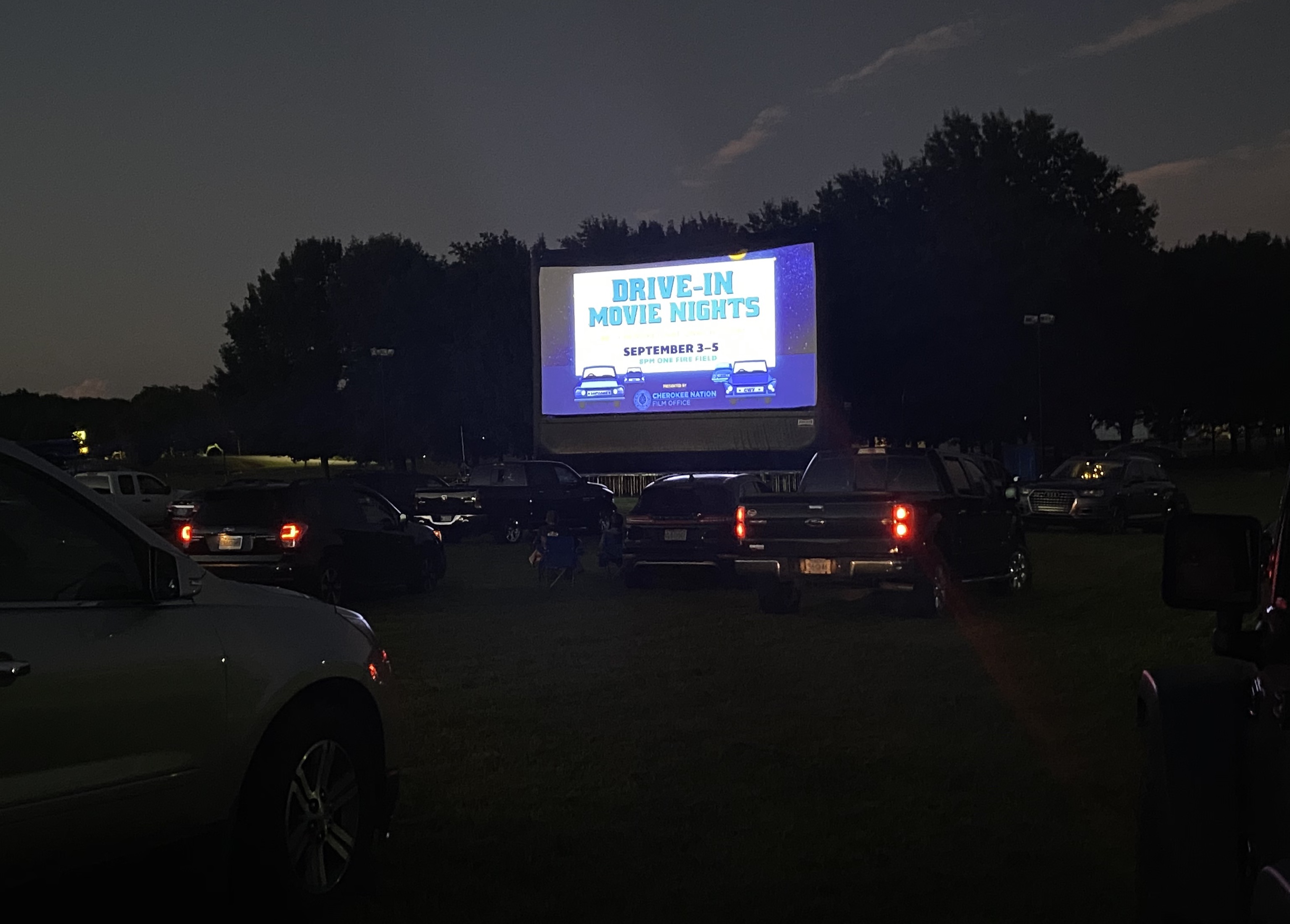 “This year’s Cherokee National Holiday will be unlike any other in our history. Since 1953 our capital city of Tahlequah has been the host to this annual homecoming and more than 100,000 visitors each Labor Day weekend,” Cherokee Nation Principal Chief Chuck Hoskin Jr. announced on video.  “Because of the global COVID-19 pandemic, we have adapted the 2020 event to an online platform so that viewing its key elements can be enjoyed safely from the comforts of home. Although the 68th Cherokee National Holiday will be mostly virtual, it will still allow you to experience Cherokee Nation’s unique history and culture.”

Online events include a State of the Nation Address from Hoskins and other Cherokee leaders, a virtual car show, art show and quilt show, demonstrations of traditional games, and a virtual pow wow awards ceremony. For the full event schedule, visit https://thecherokeeholiday.com

Although the vast majority of Cherokee National Holiday will be virtual, the celebration made room for some version of old-fashioned human contact.

While considering possibilities for a safe non-virtual gathering, event organizers, in consultation with The Cherokee Nation Film Office, conceived the inaugural Drive-In Movie Nights, to be held at One Fire Field in Tahlequah.

A jumbo screen was installed at the Field for folks to enjoy a communal Cherokee-centric night at the movies while comfortably cocooned in their cars.

We're just a day away!⏰ Registration is NEEDED for your FREE tickets to the Inaugural Drive-In Movie Nights presented by the Cherokee Nation Film Office. Cherokee Nation Principal Chief Chuck Hoskin Jr. will be making a special announcement Friday night at the Drive-In 🙊 You won't want to miss this!

“This event not only allows us to gather as a community from a safe distance, but to celebrate culture and film,” Chief Hoskins said on the event website. The Drive-In Movie Nights are free and can accommodate up to 300 cars per night.

The three-night series kicked off on Thursday with Cherokee Language Speakers Night. Filmgoers took in flicks including a series of short documentaries about Cherokee language speakers, including  “Language Is Everything, The Story of Durbin Feeling.”

Feeling is a leading Cherokee linguist who has committed a lifetime to learning, preserving and promulgating the Cherokee language.

"We’re programming three nights of all Cherokee content, either created by  Cherokees, in the Cherokee language, or about Cherokees,” said Cherokee Nation Film Office Director Jennifer Loren.  “Friday night has already sold out. This is the inaugural, but we plan to do it every year.”

The drive-in’s most hotly anticipated installment is Friday’s Cherokee Premiere Night. The lineup includes the pilot episode of the new Cherokee-language cartoon series “Inage’i,” or “In The Woods,” which will be screened with subtitles. The cartoon follows the adventures of four very vivid and bouncy woodland animal friends.

The first Cherokee language cartoon "Inage'i" premieres on Friday, Sept. 4 at the Inaugural Drive-In Movie Nights! Learn more about it before it debuts when Cherokee Nation Principal Chief Chuck Hoskin Jr. gives a live interview with NewsChannel 8 - Tulsa on Wednesday morning. 🎤 📲 Get your tickets for the premiere at holiday.cherokee.org! #MoreNatives #CherokeeDriveIn #CherokeeHoliday #CherokeeNation #CherokeeFilm

Also on Friday, fIlm-goers will meet a fascinating cast of real-life Cherokee characters in the sixth season premiere of the docuseries “Osiyo, Voices of the Cherokee People.”   Normally viewers would have to wait until October for the premiere, Loren said.

The stories of those Cherokee luminaries are complemented by the segment “Cherokee Almanac,” which Loren said contains a revelatory language lesson.

“It’s kind of a creation story about Judaculla, which a lot of Cherokees don’t know about because it's back in the Old Nations, so we’re really bringing that history (in),”  Loren said. “Most people who are Cherokee have heard of this place in North Carolina called Judaculla rock. It is this giant piece of soapstone that has ancient carvings on its face. What people don't know, is there’s a story that goes with Judaculla rock.”

Viewers will learn Judaculla was a giant who spoke to animals, plants and all living things. He kept everything in balance, and also happened to write some highly important information for future generations on the face of the rock.

Saturday is Cherokee Women in Film Night, featuring the short film “Nanyehi” and the 2013 full-length feature “The Cherokee Word for Water,” which Loren said is a favorite among Cherokee film fans. The feature film is the story of Wilma Mankiller, the first female Chief of the Cherokee Nation who was very instrumental in bringing water to Cherokee people living in rural poor communities. 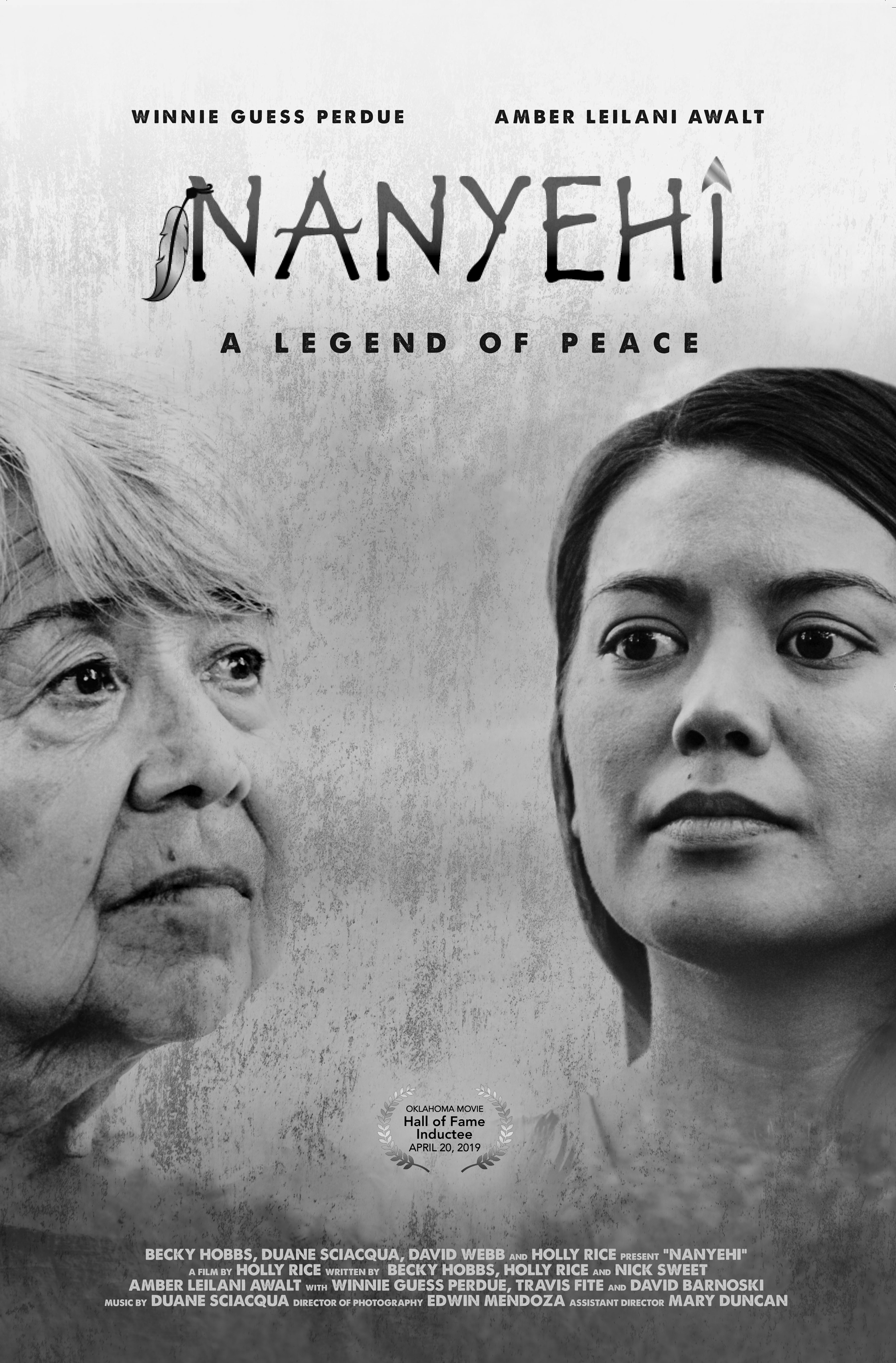 The short film “Nanyehi” explores an 18th century Cherokee Warrior's efforts to preserve tribal territory. It will be screened on Saturday, Sept. 5, the final night of Drive-In Movie Nights in Talequah, Oklahoma. (Cherokee Nation Film Office)Saturday’s opening film is “Nanyehi,” which was filmed entirely within the Cherokee Nation. Nanyehi, also known as Nancy Ward, was an 18th Cherokee warrior who wound up as a peacemaker. The film, which was inducted into the Oklahoma Movie Hall of Fame in 2019, explores the part Nanyehi played in fighting to preserve tribal territory.

“Anytime we can show Cherokee Nation citizens that they are being represented in the media it's a win for our people,” Loren said. “I hope everyone is really going to appreciate (the drive-in) and have fun and look forward to it every year. It’s open to anybody.”

Loren said the movie nights also fit in perfectly with the mission of the Cherokee Nation Film Office, which is “to increase the presence of Native Americans in every level of the film and television industries while creating economic opportunities and jobs in the Cherokee Nation.”

“I’ll be speaking Friday night to drive home that point,” Loren said. “We’ll also be giving away little clapboards to every car so kids can take them home and start acting like a movie director.”

There is one original short film made expressly for the event that will be screened every night. The inspirational “Idalena” is a four-minute visualization of the Film Office’s mission.

“It’s about a little girl who dreams of being a filmmaker,” Loren said.  “At the end of it she’s accomplished her dream and is standing at the drive in movie at Cherokee National Holiday watching the premiere of her film.”