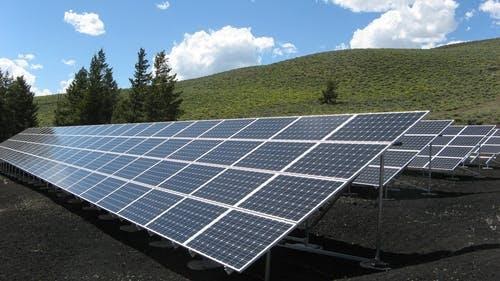 Solar energy is considered one of the cleanest alternative energy sources since energy is absorbed from the rays of the sun. It is then converted into power that can be used to provide electricity to homes and businesses alike. Solar energy can be utilized to power electronics, lights, appliances, as well as for heating. Using solar energy will significantly decrease your home's dependence on other energy sources like oil, gas, and coal if adequately implemented.

Photovoltaic solar energy systems are perhaps the most common form of solar energy. Such systems are easily recognizable through solar panels, usually mounted on a roof or in a near-home area. These panels capture and absorb the rays of the sun, which are then transformed into useful energy for electricity production.

A group of solar panels comprises a community solar system, which may be in the form of a garden or farm that is highly localized. It should be situated in a publicly shared area that produces electricity from the sun. The panels are installed in the vicinity of homes and communities where they can optimize benefits for people who usually cannot use solar power.

Most scientists believe that the long-term consequences of the combustion of fossil fuels, like oil, coal, and natural gas, are creating environmental havoc. The burning of fossil fuel types enables the release of large quantities of carbon dioxide into the air.

Unfortunately, figures indicate that our current primary sources of energy are accountable for almost one-third of all the U.S. emissions that impact global warming. It is for this particular reason that homeowners and companies are trying solar energy as a feasible way to minimize the demand for fossil fuels and eventually decrease their carbon footprint.

Solar energy releases zero carbon dioxide into the atmosphere. This is also clear of other harmful contaminants, such as nitrogen and sulfur, which are present in other familiar sources of energy. Moreover, solar power does not require water use, which contrasts sharply with sources of energy such as hydroelectricity.

Environmental waste also contributes to pollution. Solar energy options, though, enable you to play a crucial role in significantly decreasing emissions of greenhouse gases while creating a healthier community.

Not only does solar energy aid in protecting the environment, but it also offers a range of health advantages. New sources of energy, like gas, coal, and oil, release chemical compounds like nitrous oxide and sulfur dioxide into the air.

Studies demonstrate that such harmful contaminants can cause a variety of serious respiratory problems like bronchitis, asthma, lung inflammation, and severe respiratory disease, as well as cardiovascular complications like stroke and heart attack.

Water contamination due to average energy waste results in potential safety risks. Coal, for instance, generates the most significant amount of emissions into the air. Contaminants not only affect drinking water, but they can cause severe brain damage, particularly in young children and pregnant women. This is also applicable if humans consume fish contaminated with mercury. It is more damaging when this happens, and this is the reason why the Environmental Protection Agency (EPA) suggests that young children and women reduce their consumption of some types of fish.

The installation of solar panels near your house would help decrease your dependence on traditional sources of energy that contaminate the water and air. It will generate a cleaner atmosphere for your neighbors and yourself. Most notably, as more households are opting to turn to renewable solar energy, this can lower the risk of severe respiratory and heart disease, as well as neurological problems.

Despite the notable developments in solar energy technology, homeowners are hesitant to embrace this renewable source of electricity. However, a number of people are oblivious of the health and environmental benefits that solar energy offers. This is the reason why it is vital to know about the advantages of solar power.