Can I Still Sue for an Accident Even if I’m Partially at Fault? 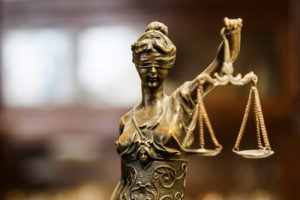 Navigating the legal elements of a car accident is one of the most stressful parts of the incident. Whether you are the victim or at fault, it’s difficult to tell whether you are eligible for filing a lawsuit due to any injuries or trauma you incurred in the incident. The fact that these laws differ by state does not make this determination any easier.

For instance, several states prohibit an individual from seeking compensation for an accident if they had any level of fault – even if they were injured in the event. On the other hand, several states will allow a lawsuit regardless – for some, you can even be the primary blame for the incident and still be eligible for compensation. One of the legal statutes to determine this is known as “modified comparative negligence.”

What is Modified Comparative Negligence?

Under this legislation, a plaintiff can seek monetary compensation for any injuries they incurred from the car accident regardless of any fault they had in the incident. The keyword here is seek, because to see the lawsuit through and receive this compensation, the defendant must be determined to be primarily at fault, meaning 51% or more. This is commonly referred to as the 51 Percent Rule.

According to the 51 Percent Rule, if a plaintiff is 51% or more at fault for an accident – and therefore, primarily responsible for their own injuries – they are not legally allowed to pursue compensation for damages with a lawsuit. Any less, and they are free to do so. Even at less than 51%, there are still consequences the plaintiff will face if they are found to have any part of the fault.

The state may limit the maximum amount of compensation they will be allowed to receive depending on the part they played in the accident. According to the modified comparative negligence law, the jury must determine the degree of responsibility each party held in the accident. Based on their decision, they will either reduce or increase the amount of compensation available to each party.

What Happens if We’re Both at Fault?

Modified comparative negligence can be a bit tricky to understand. Take this example: If you are approaching another driver on the road and happen to be driving over the speed limit, but the other driver is over the centerline and you collide, who is at fault?

In this scenario, both of you are at fault, even though the other driver was out of their lane. You were also breaking the law by driving over the speed limit, which contributed to the force of the collision. Now, if you were injured in that collision, it is up to the jury to determine the degree of your liability to settle on the appropriate compensation for your injuries.

Both of you will be allowed to give a testimony at the trial. When the jury determines that the other driver was guilty of negligence for crossing over the line and you as well for driving at an unsafe speed, you may be determined to be less at fault than the other driver, enabling you to receive compensation for your injuries in addition to property damages.

As you can see, liability is a difficult concept to navigate – something you should never have to endure alone. If you have suffered an injury from an accident and are unsure of your level of fault, your best option is to contact an attorney. They will advocate for you, no matter the fault, and ensure you receive the proper compensation for any damages and injuries you experience.