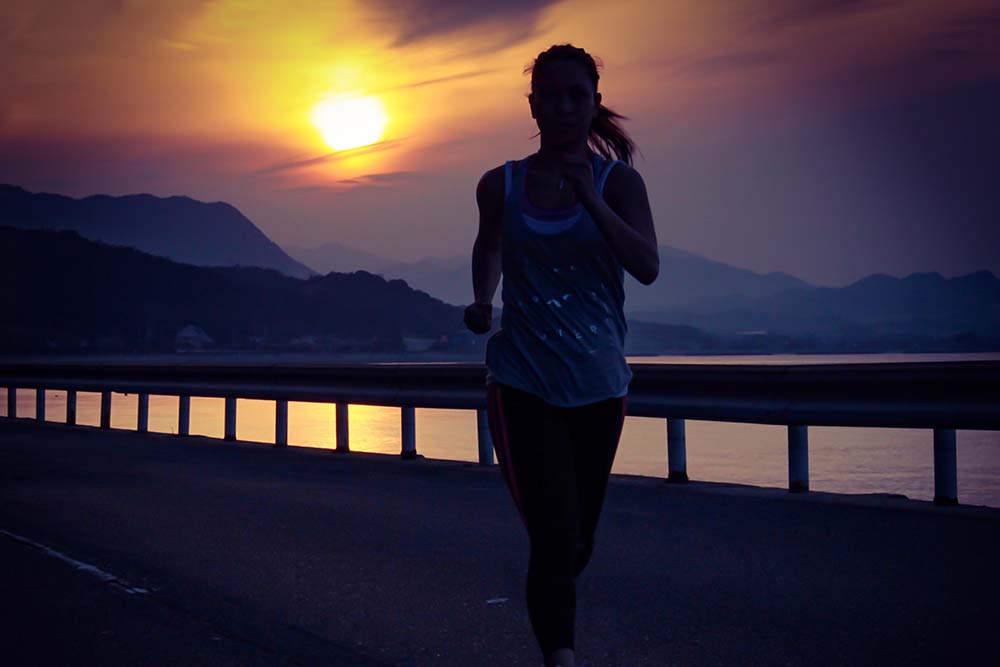 While storytelling is a critical aspect of our tribal communities and of healing, sharing our stories of violence is never easy. I realize that in launching the StrongHearts Native Helpline, that’s exactly what we are asking survivors to do. Telling one’s story is an act of reciprocal trust, and opening up requires a level of vulnerability. That’s why for National Stalking Awareness Month, I am sharing mine.

Opening up on this has not been an easy process for me to undertake. I rarely share this story; what’s more, I’ve never shared this story with healers. I have kept it, tended it as my own burden and walked on my own for no apparent reason other than the feelings that sometimes accompany victimization. I am telling you that this has been hard because, in part, I need to ask you to be gentle. I need to remind myself to be gentle, too.

When I graduated from college, I had already been the victim of a sexual assault. I had moved to Miami and started to settle into a routine of work and social life. Part of my routine was a nightly run on the busy well-lit street where I lived. I was in a safe neighborhood next to the university; I felt protected.

I ran the same route each night, a complex series of side streets and cut-throughs. On this particular night, I do not remember anything being out of the ordinary. It was humid and smelled like the salt and rain that had evaporated on concrete. No one should have been able to follow me or memorize my path, which is why when I saw him for the first time, I did not think much of it.

He was leaning against a tree outside of a municipal building. He didn’t have shoes on. He was making a weird, sexual noise as I swiftly ran past him, but I chalked it up to a catcall. I ran another few blocks and made my next turn. There he was, waiting for me. I was honestly confused. How did he get in front of me?

I kept running, this time feeling hyper-aware and highly sensitive to whatever was happening. Another turn, he was waiting again. I called 911.

“Are you sure it’s the same person?” the operator asked.

While the moment seemed to fly past me in a blur, I distinctly remember my brain forcing me to make space so that I could logically address her question. I wasn’t sure what was better in her mind: that I was being chased by one person with no shoes on who was somehow manifesting himself at every turn I took and somehow wasn’t out of breath, or that there would be multiple men touching themselves in this small neighborhood during my run?

Both scenarios seemed equally dangerous to me, but to her, it seemed that as long as it was more than one perpetrator, I was somehow safer. She was invalidating my experience as I was experiencing it.

I was not safe. He kept getting in front of me. By this time, I was now running straight to my house. I kept asking the operator to send someone. Every time I saw him, it just got worse. As I neared my house, he tried to grab me by my hair to pull me towards a vacant house across the street. He had removed his underwear.

I know this detail because the police later told me, rather bluntly. The man was arrested, and the cop who stayed with me in the car would periodically give me information as he received it. The perpetrator had removed his underwear and put them in the pocket of his athletic shorts. When they arrested him, they found them. This detail leaves me feeling dirty.

As I relayed my story fully traumatized and crying uncontrollably to the officer, I started to get mad.

Why didn’t the 911 operator recognize that I was in serious danger?

Why did I have to explain anything to her before she would send me help?

Why did I have to assess whether there was one sexual predator or five chasing me down my street?

The police officer was also mad. The perpetrator had a history. Things could have been worse.

My stalker knew my running route, in and out. He would drive his car down the alleyways he knew I cut through and would get out to wait. He purposefully and intentionally terrorized me. He physically assaulted me. He enjoyed this. Sexually. It was his game of predator and prey.

How long had he watched me? When? Where? What was I doing? How many times had he been a participant in my life without my consent?

He had power and control in an unknown number of situations, while I was completely unaware he was taking up space in my world. I don’t say this to mystify him, but it does feel a little like that. He operated like a shadow, appearing and disappearing; coming and going as he pleased. This is, after all, how he appeared to me on my run.

When I went to court, the responding officers were there to support me. I gave my testimony in a separate room and left. I cut and ran from this experience. I have literally no idea what happened after that day. I think this was an act of self-preservation.

I’ve been riddled with my own internal thoughts on how I could have protected myself better from this form of violence and what I could say to help other Native women avoid the experience I had. But, a dear friend reminded me to be kind to myself. I was not responsible for this. I could not have prevented it. I was not at fault. I should be able to go on a run without fear that I will be a victim of stalking or assault. We should be able to be in our homes without worrying about someone watching us. We all deserve to live our lives and to be safe. The two are not mutually exclusive.

I can say this: As I have been fortunate enough to engage in this work, what I do know is that there is an amazing network of Native aunties, sisters, grandmothers, mothers, and relatives for me to reach out to for help when I am ready to more fully unpack this violation. You do not need to know how to place your experience, or how to process the pain; you just need to know we are here.

For me, I know that sharing this story is my first step toward healing. Please know that if you have been the victim of stalking, domestic violence, intimate partner violence, sexual assault, or human trafficking, advocates at the StrongHearts Native Helpline (1-844-7NATIVE) are here for you. We are here to share our stories together. We can trust together. We can heal together.

Caroline LaPorte was the first Senior Native Affairs Policy Advisor for the StrongHearts Native Helpline and is an immediate descendant of the Little River Band of Ottawa Indians. LaPorte is a Texas Bar Licensed Attorney and concurrently served on the policy team for the National Indigenous Women’s Resource Center (NIWRC).