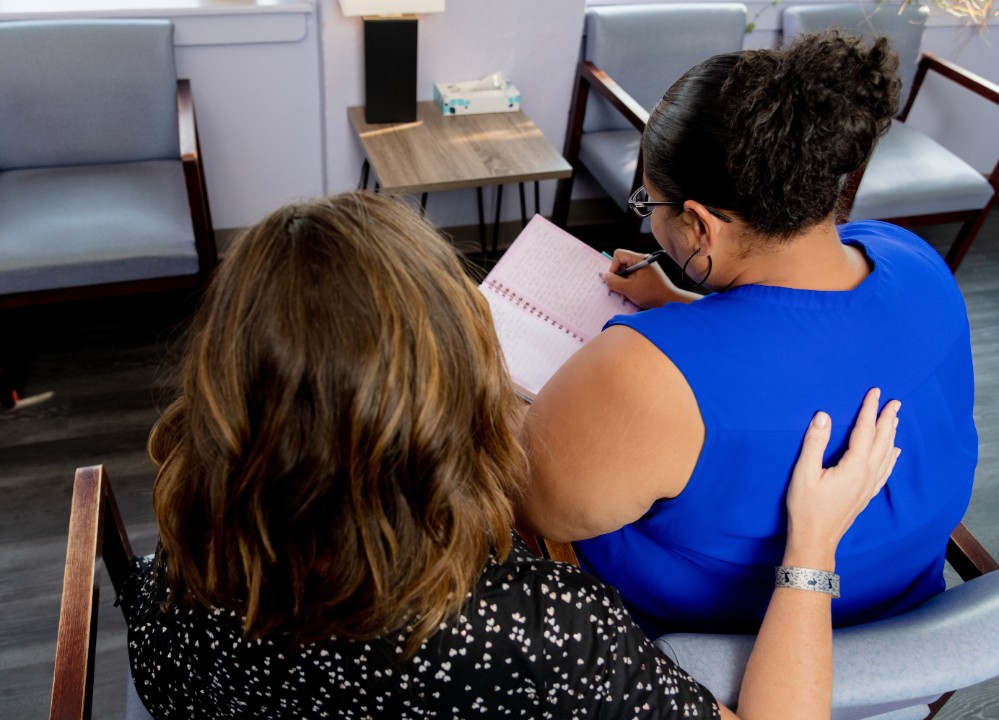 Pro-choice advocates say overturning Roe v. Wade would place greater strain and hardship on Native American women in South Dakota, who are twice as likely as other races to be the victims of sexual assault, according to the U.S. Department of Justice.

Overturning the landmark abortion decision — as leaked documents indicate may be on the horizon — would exacerbate longstanding reservation concerns about lack of adequate health care and reproductive services for Native women in a state with an Indigenous population of nine percent.

According to the 2021 U.S. Census Bureau, Native American female-led families with children had the highest poverty rate in the country, with more than two in five (43 percent) living in poverty. A  lack of financial resources may make it harder for Native women to travel or get healthcare support if they have to leave South Dakota to get the procedure.

Charon Asetoyer, executive director of the Native American Women’s Health Education Resource Center on the Yankton Sioux Reservation, said that even under the state’s current legal landscape, getting an abortion in South Dakota is already “almost impossible” for many Native women due to restrictive actions taken by Gov. Kristi Noem and the state’s Republican-dominated Legislature.

With Indian Health Service clinics limited by the Hyde Amendment, which prohibits using federal money for abortions in most cases, Native women must travel to the state’s only abortion clinic at the Planned Parenthood in Sioux Falls for multiple visits separated by a 72-hour waiting period, with public funding prohibited unless the mother’s life is in danger.

“It’s very challenging for women coming from hundreds of miles away, and of course that’s the point,” said Asetoyer, who founded the Lake Andes-based resource center in 1988. “You’re talking about politicians in Pierre who have no compassion for women, and they want to make things as difficult as possible for us to have access to health care resources.”

Abortions are performed only two or three days a month at one location in South Dakota — the Planned Parenthood clinic in Sioux Falls, which also provides a wide range of other reproductive-related services. Doctors who perform abortions must be flown into South Dakota from neighboring states because there are no local providers.

One advancement that could make things easier is medication abortion – a combination of two pills that can be prescribed in the first 10 weeks of pregnancy, which currently comprise more than half of all abortions nationally. Noem signed a law mandating three trips to a clinic – two for the doses and one follow-up appointment. That does not allow  women to receive the pills by mail from certified prescribers or pharmacies, using doctor consultations via video or phone as needed, a process approved by the Food and Drug Administration last December.

U.S. District Judge Karen Schreier granted a preliminary injunction to pause South Dakota’s legislative action on medicated abortion, ruling that plaintiff Planned Parenthood “has shown that the personal, financial, and logistical obstacles involved in traveling to the clinic for three separate appointments at regulated time intervals amounts to a substantial obstacle for a person seeking a medication abortion.”

That case could be rendered moot this summer, when the Supreme Court rules on a Mississippi abortion ban with Roe v. Wade hanging in the balance. A leaked draft opinion written by Justice Samuel Alito sparked speculation that the court was leaning toward ending the federal constitutional protection of abortion rights, triggering a legislative ban dating back to 2006 in South Dakota that would make all abortions illegal.

Options that might be available to some women, such as traveling to a state where abortions are still legal, are a different matter for many on the reservation, located in some of the poorest counties (Ziebach, Buffalo, Todd, Oglala Lakota) in the United States.

“These types of bans target people of color most significantly, especially in a state this rural with large distances to travel and no social safety net,” said Kristin Hayward, manager of advocacy and development for Planned Parenthood in Sioux Falls.

The notion of tribal sovereignty has been raised in relation to abortion rights in South Dakota, without much traction. Cecilia Fire Thunder, the first woman elected president of the Oglala Sioux Tribe, announced plans to start a Planned Parenthood clinic on the Pine Ridge Indian Reservation in 2006, an effort to resist anti-abortion efforts in the state legislature. She was impeached later that year by the tribal council, which accused her of acting without tribal consent.

Asetoyer, a former member of the National Advisory Council for Health and Human Services, dismissed the idea of using tribal law and sovereignty to shield Native American women from federal and state abortion restrictions. “Tribal governments aren’t going to get involved in the issue,” she said. “The churches have had too big of an impact. It’s considered too radical.”

The battle must be fought through advocacy and state and local elections, she said, a daunting challenge for pro-choice advocates in a state where efforts to restrict reproductive rights were occurring long before news broke of the possible end to Roe v. Wade protections.

“Roe has not been in the standard in South Dakota for many years,” said Hayward.