There's a New Critical Habitat Designation for Nayiit and Makliit. Will it Keep their Numbers Up? 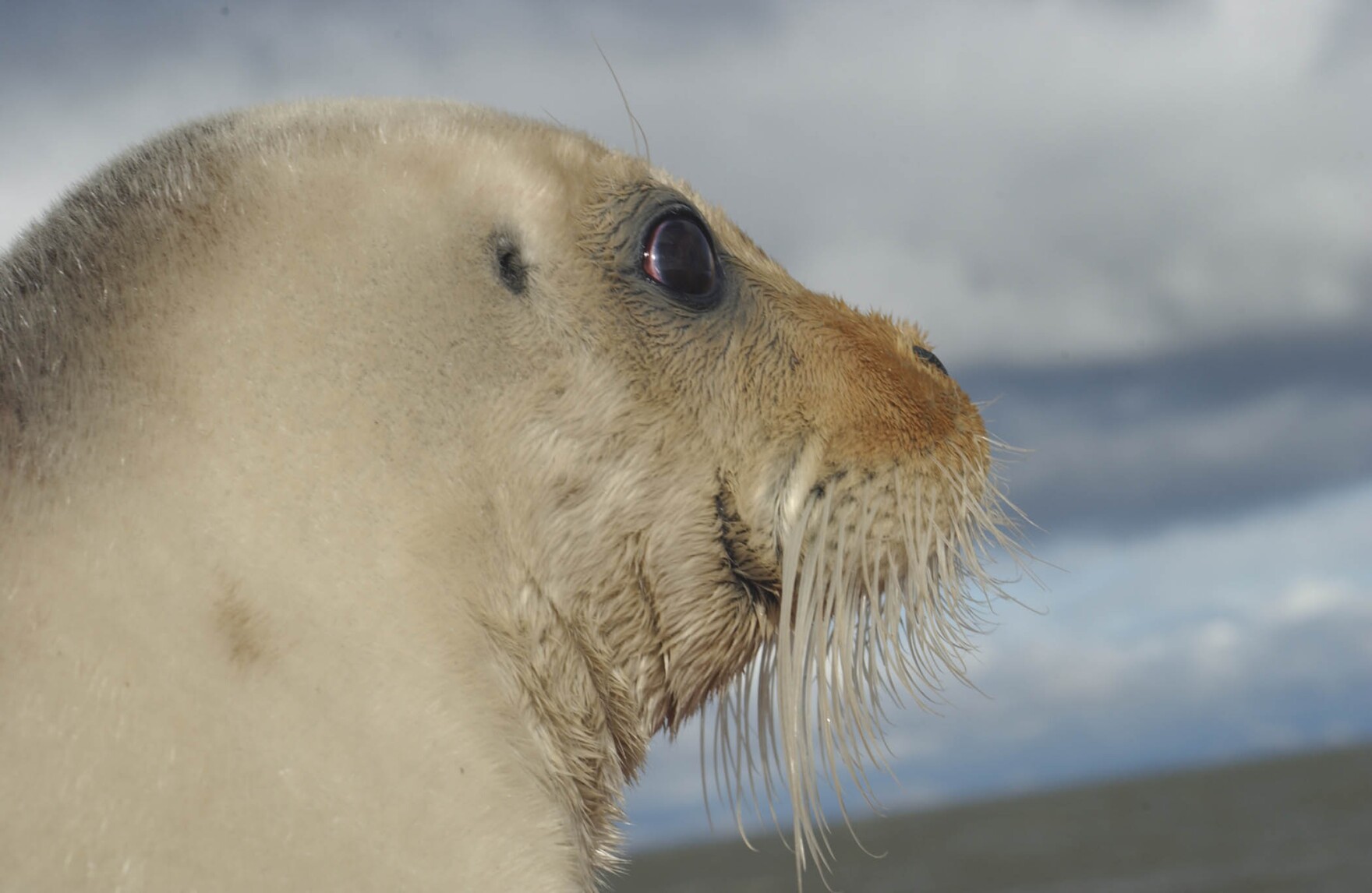 Alaska’s sea ice is melting, and that’s hurting ringed and bearded seal populations along the western coast. To try to help these seal populations, the National Oceanic and Atmospheric Administration (NOAA) has issued new restrictions on commercial activity in the Bering Sea. Those in favor of the new restrictions say that NOAA is doing what it can to protect these animals. Those opposed think that it’s unnecessary federal overreach that will prevent commercial industries from operating effectively.

Albert Simon of Hooper Bay remembers when he started hunting for seals.

“I went with my grandfather and my dad. I started seal hunting right around four years, five years old,” said Simon.

Now, as a 51 year old, he’s been regularly putting up seals for his extended family for decades. He said that he never overharvests, and just gets what his family needs for food, seal oil, and clothing. But over the years, it’s taken him longer and longer to meet that quota.

“You know sometimes, like on a good week, depending on the weather we catch like four to five of them. And 20 years ago, you could catch easily 20-plus easily in a week,” said Simon.

Simon is talking about nayiit or ringed seals here. Nayiit, along with makliit, or bearded seals, are considered a threatened species by NOAA, which has issued a new ruling to try to protect them. Last week it designated a large swath of Alaskan coastline as a Critical Habitat for these species.'

The Critical Habitat designation stretches from the North Slope Borough, down to the Y-K Delta, and out to St. Matthew's Island in the Bering Sea. The area is roughly the size of Texas. The new designation does not impact subsistence hunters. Hunters like Simon will still be able to hunt as they were before. What NOAA hopes the designation will do is help the hunters and their descendants by preserving the population.

According to a spokesperson from NOAA, the only real regulatory effect is that companies will now have to consult with NOAA when working in this new zone. That could include exploratory oil missions, commercial fishing, and federal military activities.

Some critics of this new designation point out that the seals don’t actually have low numbers now. It’s true, the measure is preventative. The seals have higher numbers now than they did in the past when they were being commercially harvested. Most scientists agree that it’s difficult to determine the exact population size. But scientists, academics, and those with traditional knowledge say that those numbers could continue to decline as the sea ice recedes.

In many ways, the dispute over the critical seal habitat is a dispute over how to manage resources as the climate continues to warm. As sea ice recedes and seals are more threatened, the waters will also open up and become available for oil exploration and commercial fishing.

Sens. Lisa Murkowski and Dan Sullivan are calling the new regulations federal overreach. They say that by requiring the military to consult on their activities, the regulations impact national security. They are also worried that the regulations could hurt businesses. The area’s Alaska Native co-managers share the commerce concerns.

The Ice Seal Committee is a working group that includes the five Alaska Native nonprofits along the entire Bering Sea Coast. It co-manages these waters with NOAA. The committee drafted a letter to NOAA last year saying that with other federal restrictions currently in place to protect other animals in the area, like polar bears and walruses, more restrictions won’t add any real benefit for seals. The committee said that the regulations could negatively impact their own resource development and economies. Simon, the seal hunter, sits on this committee.

Demuth said that while climate change is the main culprit here, protecting these habitats could help the seals too.

“Having spaces where they're less likely to be stressed by other means, to me, seems worthwhile simply because these are species that are going to be dealing with a lot of change in the next immediate coming years and the next decade,” said Demuth.

A spokesperson for NOAA said that though she doesn’t know of any ongoing lawsuits against the Critical Habitat Designation, it could be challenged in court. She also said that the designation is reevaluated every five years. By then, much could already have changed.

According to NASA, Arctic sea ice is now receding at a rate of 13% per decade.