Tulalip Reservation was on Lockdown after Looting & Vandalism 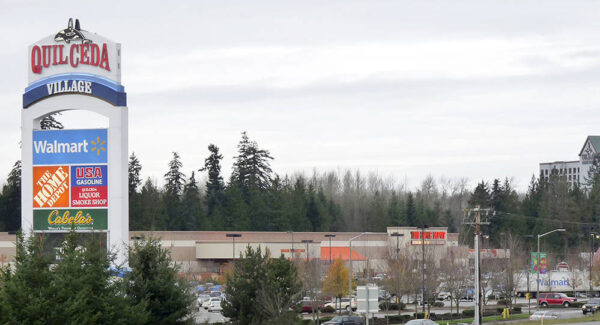 TULALIP INDIAN RESERVATION — The Tulalip Indian Reservation in the state of Washington went on lockdown on Sunday night after the reservation was hit with looting and vandalism.

Tribal officials said the looting and vandalism came under the pretense of a Black Lives Matter protest in the aftermath of George Floyd’s death by excessive police force in Minneapolis.

Approximately 40 people showed up in Tulalip, Wash. in an attempt to loot and  vandalize businesses within the tribe’s Quil Ceda Village, which includes a Walmart, Cabela’s and a Home Depot. Several suspects were arrested for criminal trespass. Once police began to arrest suspected looters, others fled, according to a press release distributed Monday by the tribe.

Tulalip citizens, community members, and law enforcement mobilized to meet the potential threat and closed down the parameters of Quil Ceda Village, along with the Tulalip Resort Casino and the Quil Ceda Creek Casino.

Tribal officials said property damage, rioting, and looting will not be tolerated; those who are responsible will be apprehended and booked into jail.

“Our community came together, and as we always do, shared wisdom, unity, and teachings. We stood in defense of our lands, along with our local law enforcement. The people who came to Tulalip last night were not here to change the system. This was an attempt to loot and only target the innocent. I do not understand why anyone would want to target Tulalip, a sovereign nation that has suffered generations of historical trauma,” Tulalip Chairwoman Teri Gobin said.

“We stand with George Floyd’s family and the families of every person who has been a victim of racial inequity and violence. Our people have lived through oppression; we know this pain. My heart breaks for anyone who has lost a loved one due to racial violence. His death did not need to happen, someone should have stopped it, and they should be held accountable. We raise our voice and drums in solidarity with you,” Gobin continued.