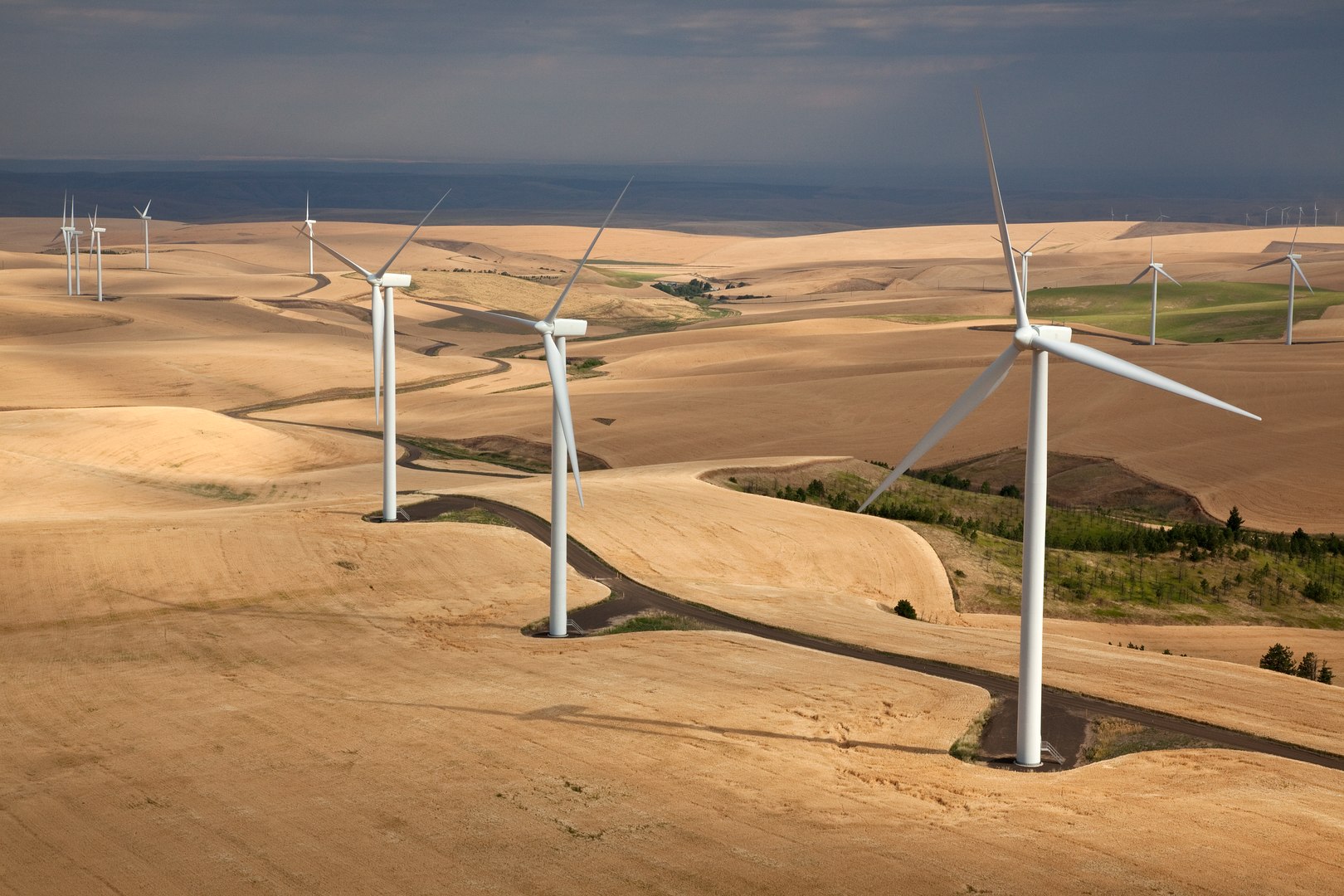 When green energy projects bloom across Washington, many are on cultural sites important to tribes in the region. The Yakama Nation’s director of natural resources feels torn about the increasing number of windmills and dams in his tribe’s ancestral territories. While Phil Rigdon (Yakama) supports the pursuit of greener energy sources, he has also been part of the tribe’s opposition to these developments when they negatively impact cultural sites. Their concerns are not often heard by developers.

“When people talk about green energy and energy development, we want to make sure that it's not going to be … on the backs of our people like it has been,” says Rigdon. “We want to be part of the green, but we don’t want it to be at the continued degradation of our treaty rights, and our access to foods, and our responsibility to our way of life.”

These concerns were a driving force for members of the Yakama Nation when they decided to support the state Climate Commitment Act, Senate Bill 5126, which  would establish a cap-and-trade system in Washington and direct money raised through the act toward projects to reduce carbon emissions — including investments in green infrastructure projects. Key to the act was a tribal consultation requirement for projects paid for by the bill, which Rigdon and other supporters hoped would protect tribal lands into the future.

On May 17, Gov. Jay Inslee signed the Climate Commitment Act but vetoed the portion calling for tribal consultation. In a letter to tribal chairs in Washington, Inslee explained his concern that the terms of this portion of the bill were overly “undefined and broad,” and that while he supported the need for tribal consultation, the terms as stated differ “from our current government-to-government approach, and does not properly recognize the mutual, sovereign relationship between Tribal governments and the State.”

But supporters of this bill, which will pave the way for future green energy projects, say the tribal consultation portion the governor vetoed would have added extra protections, especially as tribal voices are not often heeded by developers. Numerous state tribal leaders spoke out against Inslee’s decision, including Fawn Sharp, vice president of the Quinault Nation, and Robert de los Angeles, chairman of the Snoqualmie Indian Tribe, who expressed their opposition in a statement.

Rigdon says  the Yakama Nation supported the bill with that section in mind and, if he had known of Inslee’s reservations, the tribe would have operated differently. They were not given warning, and Rigdon wishes there had been better communication before the decision was made.

“If he did have [concerns], he should have talked to us,” he says. “They did not reach out until the last minute.”

In a letter to tribes throughout the state, Inslee said he wanted to continue discussions about improving government-to-government relationships during a summer leadership summit where “we can roll up our sleeves to develop improved procedures and agreements to carry us forward.” A date has yet to be chosen for the summit.

Ron Allen, tribal council chairman of the Jamestown S’Klallam Tribe, agrees with Inslee’s assessment of the vetoed portion. He guesses that part of Inslee’s concerns might have revolved  around what a resolution would look like if a tribe rejected a project funded by the bill — a potential issue about which the bill did not contain much detail.

“When you look at Section 6, it’s pretty short,” Allen says of the tribal consultation portion of the bill. “There’s not a lot to it, and I think he wanted a little more process in it.”

Allen, as well as some other tribal leaders, expressed optimism in continuing conversations to revise it. He expects the convening of tribal leaders will happen sometime in the summer. But, he adds, revisions will require that Inslee identify exactly what was problematic about the portion’s current language, which was not initially clear in his veto.

With more clarity, future conversations about tribal consultation will be more successful, Allen says, adding he is hopeful about the future.

“The silver lining in this is that tribes are much more active in legislation than ever before,” Allen says.