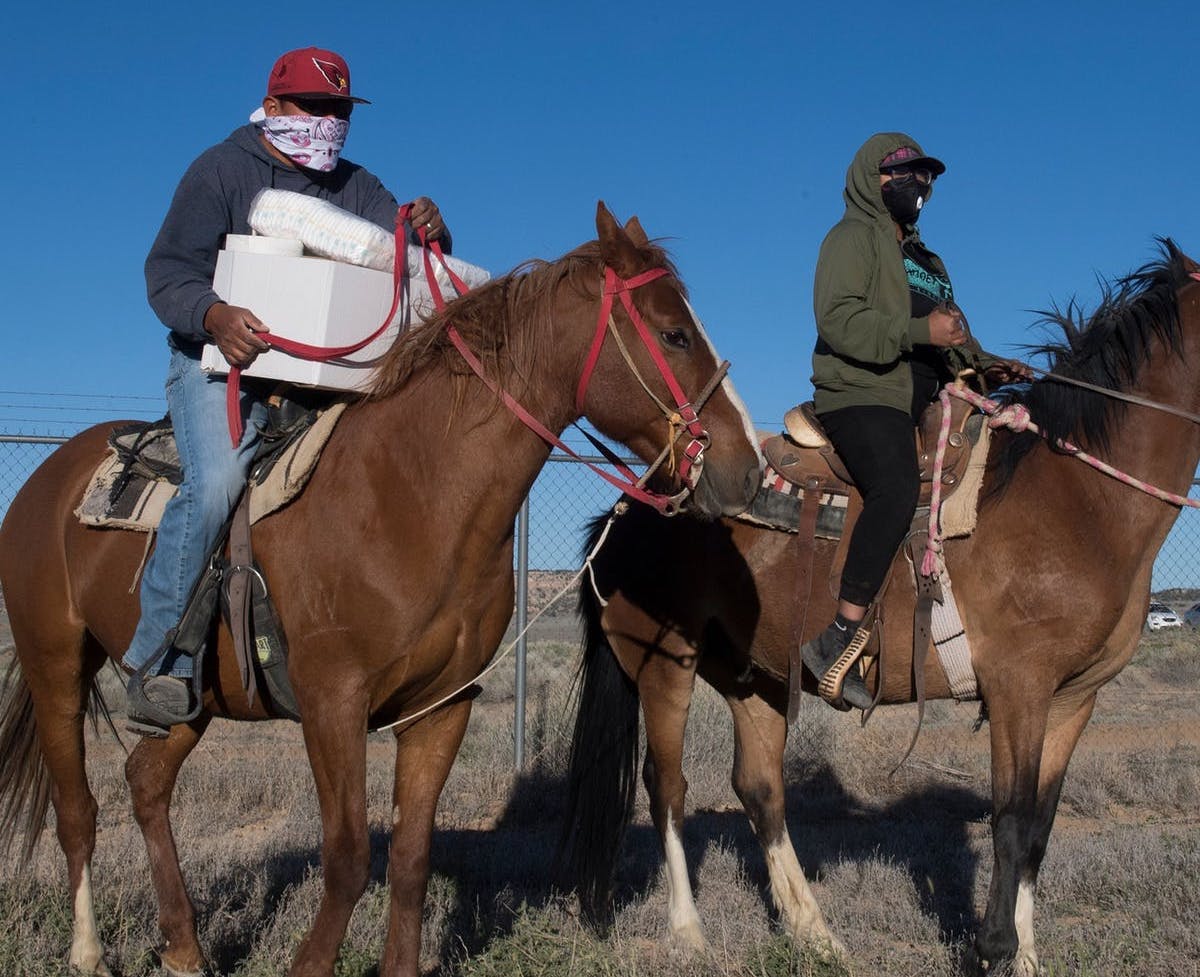 For Indigenous people in the U.S., food is considered a sacred gift. Healthy and bountiful produce is received when we care for the land.

Yet, with one in four Native Americans lacking reliable access to healthy foods and Indigenous peoples disproportionately affected by diet-related diseases, something clearly isn’t working as it should.

As an expert on Indigenous health and food insecurity among Native populations, I argue that the high rate of food insecurity and poor dietary health of Native Americans can be traced to the events that disrupted Indigenous people’s relationship with the land: colonization and the widespread theft of territory by white settlers. Any attempt to improve access to sufficient, nutritious foods today needs to focus on Indigenous food sovereignty and land justice – giving control and land back to Native communities to enable them to grow culturally appropriate, healthy produce and become self-sufficient.

“A healthy food system is an indicator of a healthy community; one cannot exist without the other,” noted the Native Hawaiian activist Kamuela Enos.

This view is increasingly being echoed by public health experts. Diet is the number one risk factor for preventable disease in the U.S. and is driven by a food system that comprises food production, access, marketing and individual dietary intake.

Since the 1980s, an influx of fast food restaurants and convenience stores and an exodus of supermarkets in poorer neighborhoods across the U.S. have led to chronic disease disparities in low-income communities and racial minorities. This is especially true among the U.S.‘s Native population.

In a study of a Northern Plains reservation in Montana, 43% of tribal households were found to be food-insecure. In Oklahoma, more than 60% of American Indians surveyed were food-insecure. This compares with a national food insecurity rate of 11%.

Government and social service organizations have tried to address food insecurity by promoting food banks or encouraging use of the Supplemental Nutrition Assistance Program, or SNAP, benefits.

But the limited existing research shows Indigenous communities are less likely than non-Native groups to use those services. This is due to a number of reasons including lack of access to places that accept SNAP or discriminatory practices such as being refused service at stores.

Feeding people is important, no doubt. But I believe it will never result in long-term health improvements in Native communities without looking and addressing the underlying roots of the problem.

Indigenous people in the United States share a common deep ancestry and a contentious colonial history with the U.S. that resulted in land removal and confiscation on a massive scale.

The forced removal of Native people from their traditional homelands in the 19th century to often unfamiliar and barren reserves disrupted Indigenous food systems and diets.

For example, in my own Native population, Choctaw, a type of river cane, Arundinaria tecta, was used not only as a food source but also in medicine, for clothing, to build houses and to make baskets. In the places where my people were forced to move, this species of river cane did not exist.

Moreover, Choctaw are an agricultural society, yet many portions of reservation lands where Choctaws were forcibly moved to were arid plains or flood zones – places that were not able to be farmed. As a result, many people starved to death.

[3 media outlets, 1 religion newsletter. Get stories from The Conversation, AP and RNS.]

This disruption was the impetus for the nutritional crisis seen today in Native communities. Forced removal was accompanied by a new reliance on government-issued foods for Native communities. From the earliest treaties with the U.S. government, Native Americans were promised food rations. This reliance continues today through the Food Distribution Program on Indian Reservations, through which the U.S. Department of Agriculture provides canned and packaged foods to around 270 tribes with limited access to SNAP. It constitutes the primary food source for 60% of rural and reservation-based American Indians, but the foods tend to be high in fat and sugar. Fresh vegetables are rarely offered.

To end reliance on government-provided foods, many Native communities are seeking a different approach: a return to traditional foods and practices that are healthy and culturally centered.

Indigenous food sovereignty – the right and responsibility of Indigenous people to produce healthy and culturally appropriate foods through traditional Indigenous food systems – has emerged as an important strategy to support Indigenous communities.

It involves Native communities taking greater control over their land and health and reducing dependence on packaged and fast foods and government-provided food.

For example, the Osage Nation in Oklahoma is supporting the development of sustainable agricultural practices that provide a sustainable source to increase their access to fresh vegetables, fruits and meat to their community.

“For us, food sovereignty means self-sufficiency,” explained Osage Nation’s Assistant Principal Chief Raymond Red Corn in an interview. “If we fed ourselves for thousands of years, I don’t know why we can’t feed ourselves now.”