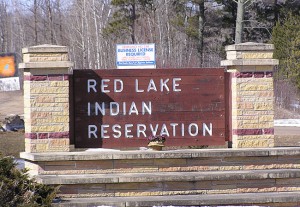 Trump Falters in Republican Primary by 2 to 1 Margin

PONEMAH, Minn. — By a 2 to 1 margin, Donald Trump was defeated on the Red Lake Reservation in Minnesota’s 2020 Presidential Primary. “Write-In” garnered more votes than the incumbent president.

When adding up all of the votes on the Republican side of the ledger in Tuesday’s election, Trump garnered only a single vote throughout the 4 precincts on the reservation. “Write-in” earned the support of two voters. Hence, the sitting president lost his own party’s primary by a 2-1 margin.

On the Democrat side of the contest, 434 votes were cast, 432 for various candidates and 2 for “uncommitted.” Political strategist Michael Meuers, who has followed state and federal elections on the Red Lake Reservation for over 30 years stated, “Unlike the Republicans in the Senate or House, the Republican voters on the reservation were willing to stand up against the president.”

“On a reservation where only one voter in 10 or 12 will ever vote Republican, the reservation Republicans already have shown they have some backbone to buck the trend, and in a small way, Tuesday’s results where Republicans on the reservation thumbed their noses at Trump may indeed be an early harbinger of Trump's future," Meuers hoped.