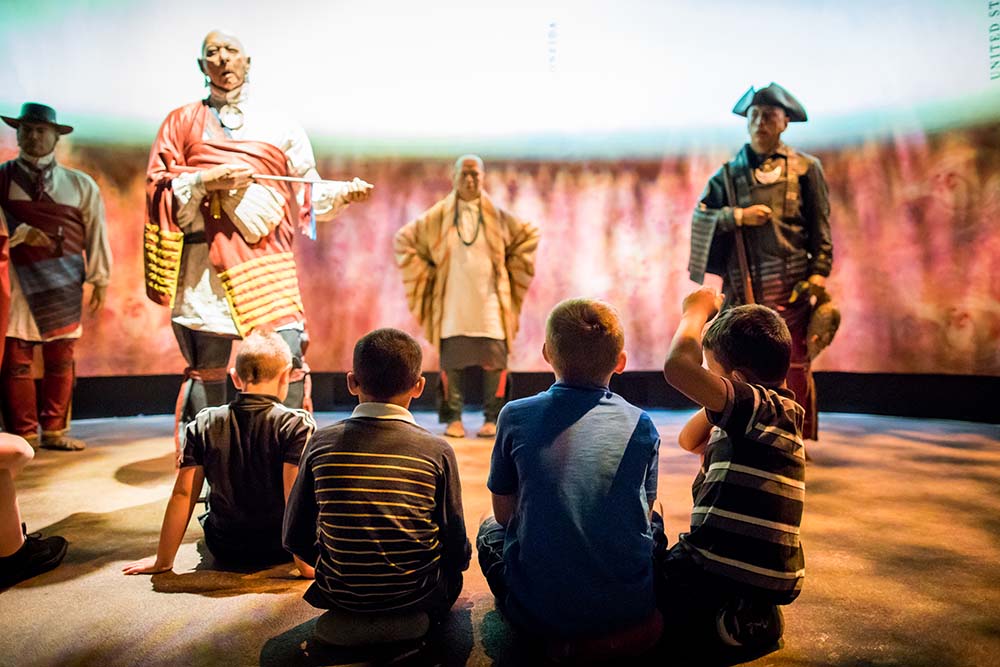 Details
By Museum of the American Revolution
September 05, 2022

More than 250,000 Native Americans lived east of the Mississippi River during the Revolutionary era. They formed more than 80 nations and spoke dozens of languages. The decades of political turmoil and warfare that divided Great Britain and its colonies—and led to the creation of the United States—profoundly affected native people.

The Museum of the American Revolution, located in the heart of historic Philadelphia, takes an honest, “warts-and-all” approach to exploring the personal stories of native people who were involved in the Revolution. The Museum partnered with native groups, including the Oneida Indian Nation, to bring these stories to life in a nuanced way.

“The Museum of the American Revolution explores the lesser-known stories of the creation of the United States as we know it,” said Museum President and CEO Dr. R. Scott Stephenson. “History is rarely simple and we invite visitors to wrestle with those complexities in our nation’s history, many of which are still present today.”

In the Museum’s immersive, multimedia Oneida Nation Gallery, visitors can explore the Oneida Indian Nation’s debate over whether to break away from the Six Nations Confederacy to support the Revolutionary cause. Visitors can listen as recreated figures representing Oneida men and women discuss the difficult choices they faced.

Each of the figures in the gallery is based on a real Oneida person and dressed in garments representative of what they would have worn in the 1770s, combining native fashion and Euro-American textiles and trade goods. Their words are drawn from a variety of sources and written in the style recorded in Native American speeches, treaty negotiations, and conversations.

In the Museum’s galleries, visitors discover the stories of people like Tyonajanegen (“Two Kettles Together”), an Oneida woman who fought alongside her husband in the violent Battle of Oriskany during the 1777 Saratoga Campaign.

In another gallery, visitors learn about the Seneca leader Ki-On-Twog-Ky (Cornplanter) and can touch a reproduction wampum belt similar to those used to record agreements and speeches delivered in councils. 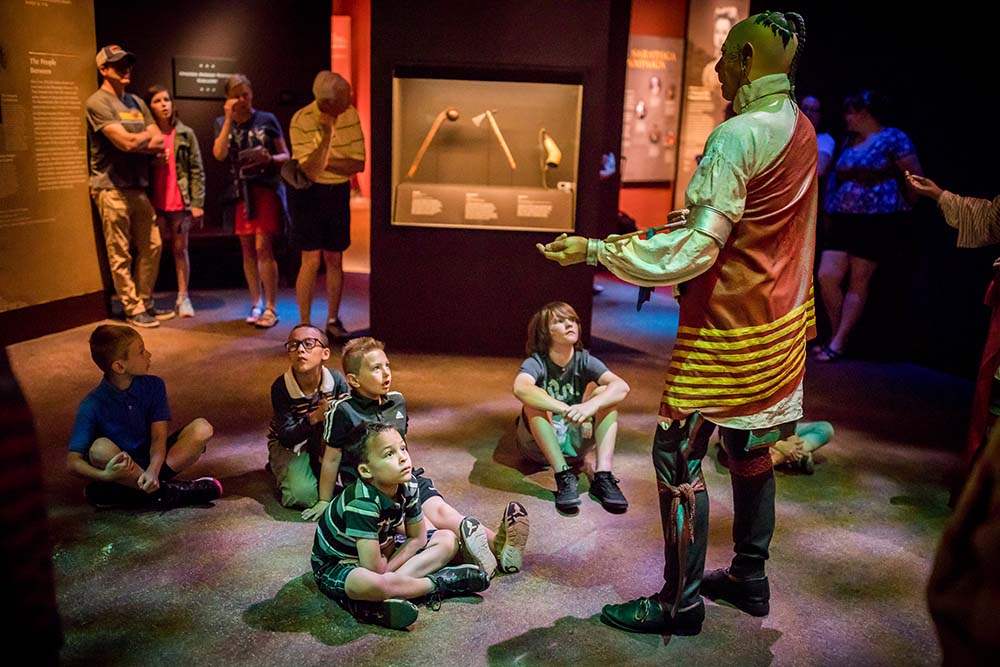 In the Museum’s final gallery, visitors can look into the eyes of an American Indian veteran of the Revolutionary War. Thaonawyuthe, known as Chainbreaker, fought alongside Loyalists and Native Americans against Revolutionaries and Oneida Indian warriors at the 1777 Battle of Oriskany. He sat for this rare daguerreotype (an early form of photography) before his death in 1859.

Every day at 3:30 p.m., the Museum presents the 25-minute documentary film “The People of the Standing Stone,” which explores the crucial but little-known history of the extraordinary contributions of the Oneida people who chose to commit themselves to the Revolutionary cause. The powerful film was directed by Emmy Award-winning director Ric Burns and narrated by Academy Award-winning actor Kevin Costner.