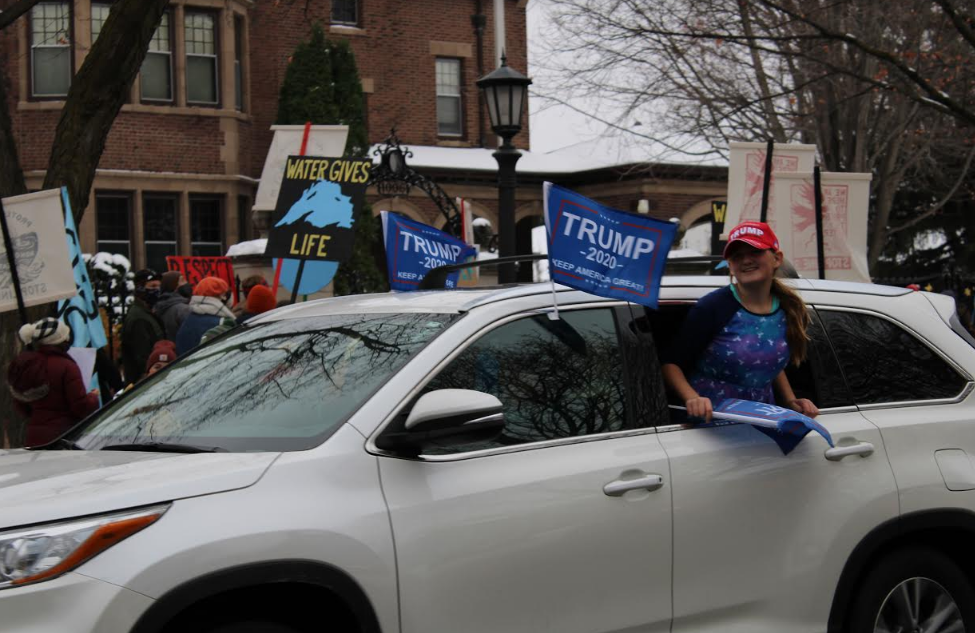 Enbridge’s Line 3 is the largest project in the company’s history, and would be one of the largest crude oil pipelines in the continent, according to a statement on the https://www.google.com/url?q=https://www.enbridge.com/Line3ReplacementProgram.aspx&source=gmail&ust=1605492830789000&usg=AOvVaw3Uqlod5fzylNiyFkcmnH9O">company’s website.  Line 3 is expected to transport up to 760,000 barrels a day through Northern Minnesota, passing through treaty lands of several Ojibwe bands.

Canada, North Dakota, and Wisconsin have all approved their segments of the pipeline.

Line 3 has been a hotly debated topic for several years, having both vocal proponents and opponents, citing climate change, job creation, safer transportation of crude oil, and tribal sovereignty.

Current Minnesota Governor Tim Walz has previously made comments on social media against pipelines, specifically because they pass through tribal lands, but at the time he made them, he was a state representative. He hasn’t since made public comments either supporting or opposing the project.

Community organizations, leaders, and tribes have all spoken against the pipeline.

“As many people know, I have long expressed opposition to the Line 3 project and my position has not changed,” said Lt. Governor Peggy Flanagan in an email to Native News Online.

Flanagan is an enrolled member of the White Earth Band of Ojibwe and is considered by many to be one of Line 3’s biggest opponents.

The Star Tribune reported that White Earth Band of Ojibwe Tribal Chairman Michael Fairbanks wrote a letter to MPCA Commissioner Laura Bishop and asked the agency to deny permission of Line 3 citing that the activity will be a super-spreader for COVID-19.

“The Governor and Minnesota Pollution Control Agency Commissioner Laura Bishop decided that this [decisionhttps://www.foxnews.com/us/michigan-governor-seeks-shutdown-of-great-lakes-oil-pipeline">statement, “They [Enbridgehttps://mn350.org/campaigns/stop-line-3/stop-line-3-what-are-the-risks/">website, oil transported through Line 3 is the equivalent of the total CO2 daily emissions of 16-18 million cars, every year the pipeline operates.

As Line 3 protesters stand outside the Govenor's Mansion, Trump supporters show up to erroneously claim the election was stolen.

Towards the end of the two-hour event, the crowd of nearly 400 protestors against the permission of Line 3, were met with pro-Trump supporters voicing their support for pipelines. They cited a fraudulent election, a claim that is being widely denied in courts and in media throughout the country.