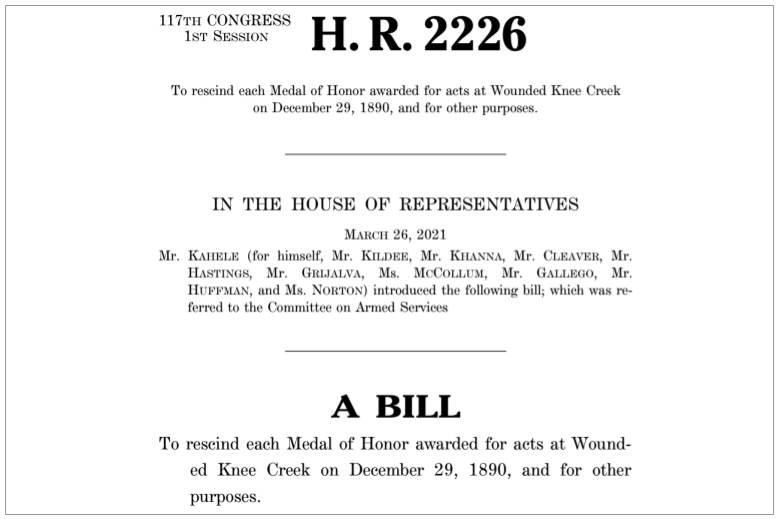 Please CONTACT your US Senators and encourage them to support the KAHELE AMENDMENT by keeping the House version of the NDAA intact.

CALL TO ACTION: The REMOVE THE STAIN ACT is now part of the House National Defense Authorization Act (NDAA) and will be part of the conference between the House and the Senate. Please CONTACT your US Senators and encourage them to support the KAHELE AMENDMENT by keeping the House version of the NDAA intact.

We also ask that you take just a few minutes and CALL President Biden asking him to use his authority to remove those Medals of Honor award to the soldier for the Massacre at Wounded Knee. You can so by calling (202) 456-1111. Call Tuesday through Thursday from 11. a.m to 3 p.m. EST Big Foot, leader of the Sioux, captured at the Battle of Wounded Knee, S.D.
Here, Big Foot lies frozen on the snow-covered battlefield where he died. It is time to REMOVE the Congressional Medals of Honor awarded for the MURDER of Chief Spotted Elk and his people.