Indigenous leaders across Brazil’s Amazon region have denounced the devastating fires as a “plague” and a ‘terror” that “makes our children sick and kills the animals.”

Antonio Enésio Tenharim of the Tenharim people said: “We take care of this land, our territory. Until today, the fire hadn’t entered. But now it has suddenly come, in various places. It is a terror for our people, because it makes our children sick, kills the animals, it only brings bad things.”

Renowned indigenous leader Sonia Guajajara said today: “We’re putting our bodies and our lives on the line to try to save our territories… We’ve been warning for decades about the violations we have suffered across Brazil.

“The predatory behaviour of loggers, miners and ranchers, who have a powerful lobby in the National Congress with more than 200 deputies under their influence … has been getting much worse under the anti-indigenous government of Jair Bolsonaro, who normalizes, incites and empowers violence against the environment and against us.” 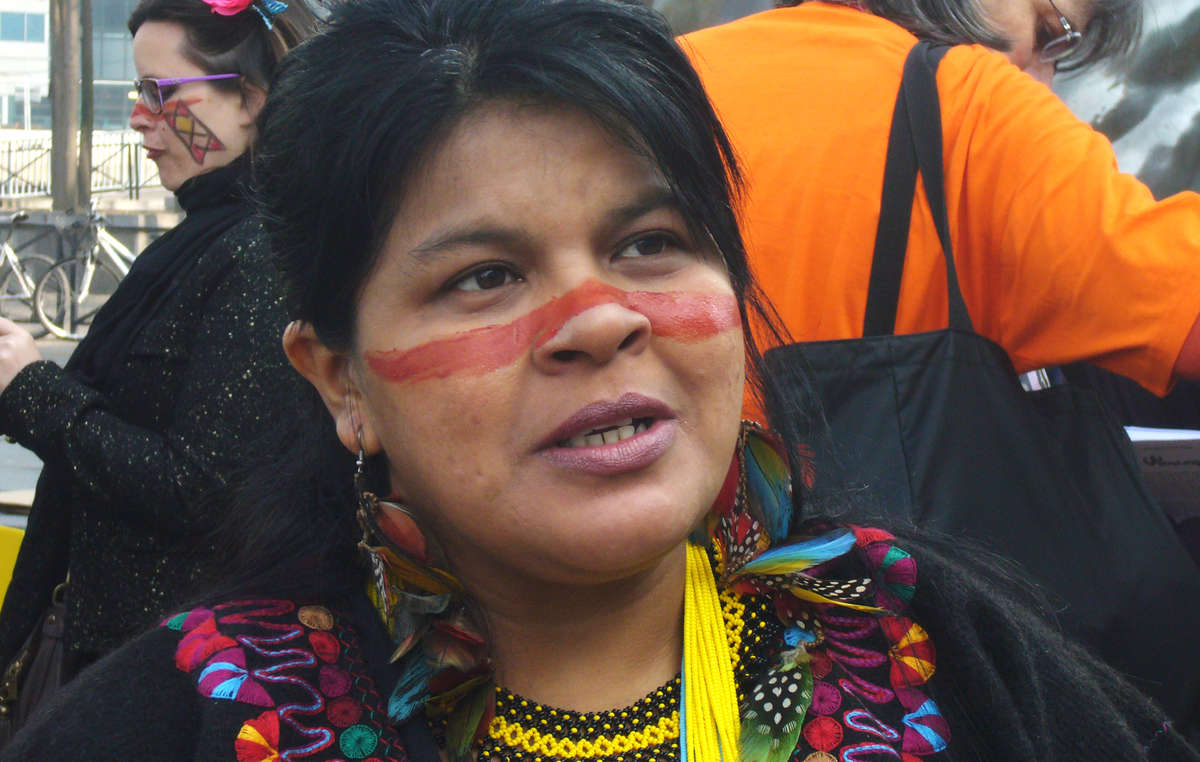 A group of Huni Kuin leaders said: “Nature is crying and we are crying. If we don’t stop this destruction of Mother Nature, future generations will live in a completely different world to the one we live in today. This is Mother Nature’s cry, asking us to help her. And we are working today so that humanity has a future. But if we don’t stop this destruction, we will be the ones that will be extinguished, burned and the sky will descend upon us, which has already begun to happen.”

Indigenous leader Raimundo Mura speaking to Reuters last week said: “I will resist until my last drop of blood… It’s a plague. You see the lives (of the trees) wasted there. All these trees were once alive, they all needed to live, each one in its place. You can see the damage. It’s the white man’s goal to destroy this [forest].”

The Coordination of Indigenous Organizations of the Brazilian Amazon (COIAB) has also released a statement on the fires.