Exempted from Curfew So They Could Protect American-Indian Neighborhoods, AIM Patrol Was Hit with Gunfire and Flash Grenades 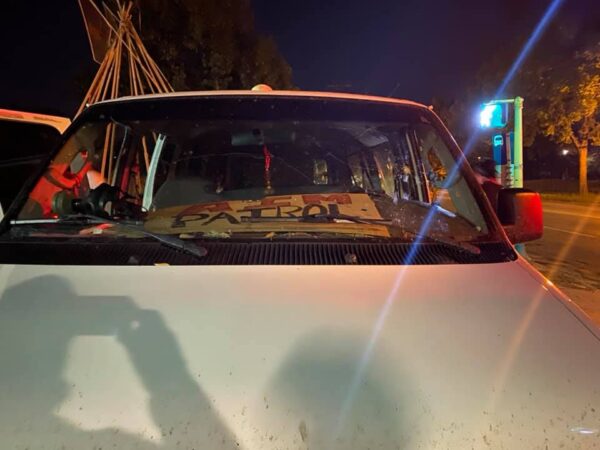 MINNEAPOLIS — Armed with a curfew exemption from the Minneapolis Mayor’s Office, the American Indian Movement (AIM) Patrol set out last Saturday night to protect one of the city’s American Indian neighborhoods from looting and riots.

Even in quiet times, AIM members routinely patrol Native-owned businesses, organizations and programs in the Twin Cities, which has a population of some 35,000 American Indians. During the unrest following the killing of George Floyd by a Minneapolis police officer, AIM increased its patrol.

As AIM members walked on patrol early Saturday evening, a group of National Guard members stopped by and complimented them on their work to protect the Native community, according to a longtime resident who was there.

But as Saturday night turned into Sunday morning, AIM members suddenly found themselves under attack by both the National Guard and Minnesota State Police, who fired rubber bullets and flash grenades at the AIM patrol, according to several people who were on the scene.

The incident occurred around 1 a.m., as AIM patrol members gathered outside the Little Earth of United Tribes that’s home to some 212 units, with some 1,500 residents, 1,000 of whom are children--one-half under the age of 10--who are predominantly American Indian.

Muck’-wa Roberts, Sr. (Ojibwe), a grandson of the late Dennis Banks, who co-founded the American Indian Movement, related the incident to Native News Online on Wednesday.

Roberts, who serves as a volunteer coach at Little Earth, says during the unrest Minneapolis has experienced since George Floyd’s death due to excessive police force, he has been volunteering to help protect Little Earth’s property.

“What is odd about the shooting is that about an hour before it happened, a smaller convoy of the National Guard came by and complimented us on our volunteer work to protect our community,” Roberts said.

Roberts said a larger convoy of National Guard came by later with the Minnesota State Police, and they began shooting and firing flashbang grenades toward the Little Earth housing.

One American Indian elder, who is a resident of Little Earth, was hit with a rubber bullet in the upper thigh. An AIM patrol vehicle’s windows were shattered by a rubber bullet.

It was an unfortunate incident because earlier on Friday, Minneapolis Mayor Jacob Frey exempted the AIM Patrol and the American Indian Community Development Corporation (AICDC) from the curfews for the dates of Friday, May 29 and Saturday, May 30. 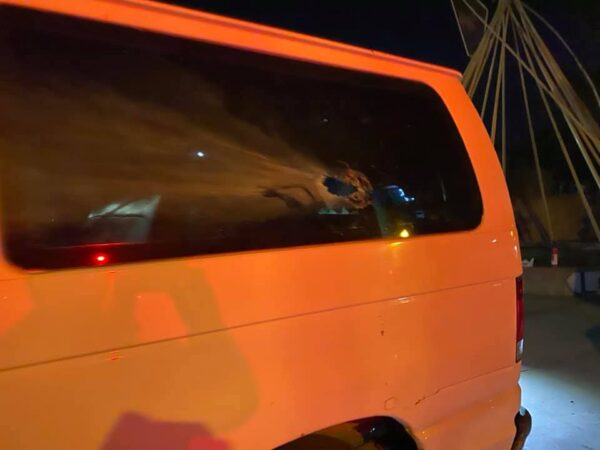 In an email obtained by Native News Online, Heidi Ritchie, who works on Minneapolis mayor’s staff, sent an email to several AICDC staff members that expressed appreciation for their work as well as the work of the AIM patrol.

“Mayor Frey makes this exemption based on the performance of these two well-established, community-based groups on the night of Thursday, May 28, 2020, which was a tumultuous night in Minneapolis. These groups demonstrated great success at keeping the peace and protecting people and property in the area in and around East Franklin Avenue. Their staff and volunteers were well organized, peaceful and diligent,” Ritchie wrote.

Lisa Skjefte, a tribal citizen of Red Lake Ojibwe, who grew up in the Little Earth housing project and lives a few blocks away now, says the community has come together in the aftermath of George Floyd’s death.

“We are making sure we are feeding our community and protecting it,” Skjefte said.

She posted the following on her Facebook on Saturday, June 1:

“The National Guard intentionally pushed protesters towards Little Earth of United Tribes. Just ask why folks? You seen them chase us, shoot us, and slashed our tires.... with your own eyes. They made us terrorized about threats of white supremacist groups targeting us, and then wouldn’t allow us to protect our families? Why did they want Little Earth residents and protesters to collide? So, they could shoot us all?”

Native News Online reached out to the Minneapolis mayor’s office for a comment and the inquiry went unanswered by press time.

In total, the Little Earth of United Tribes endured incidents of shootings by the Minnesota State Police and Minnesota National Guard.