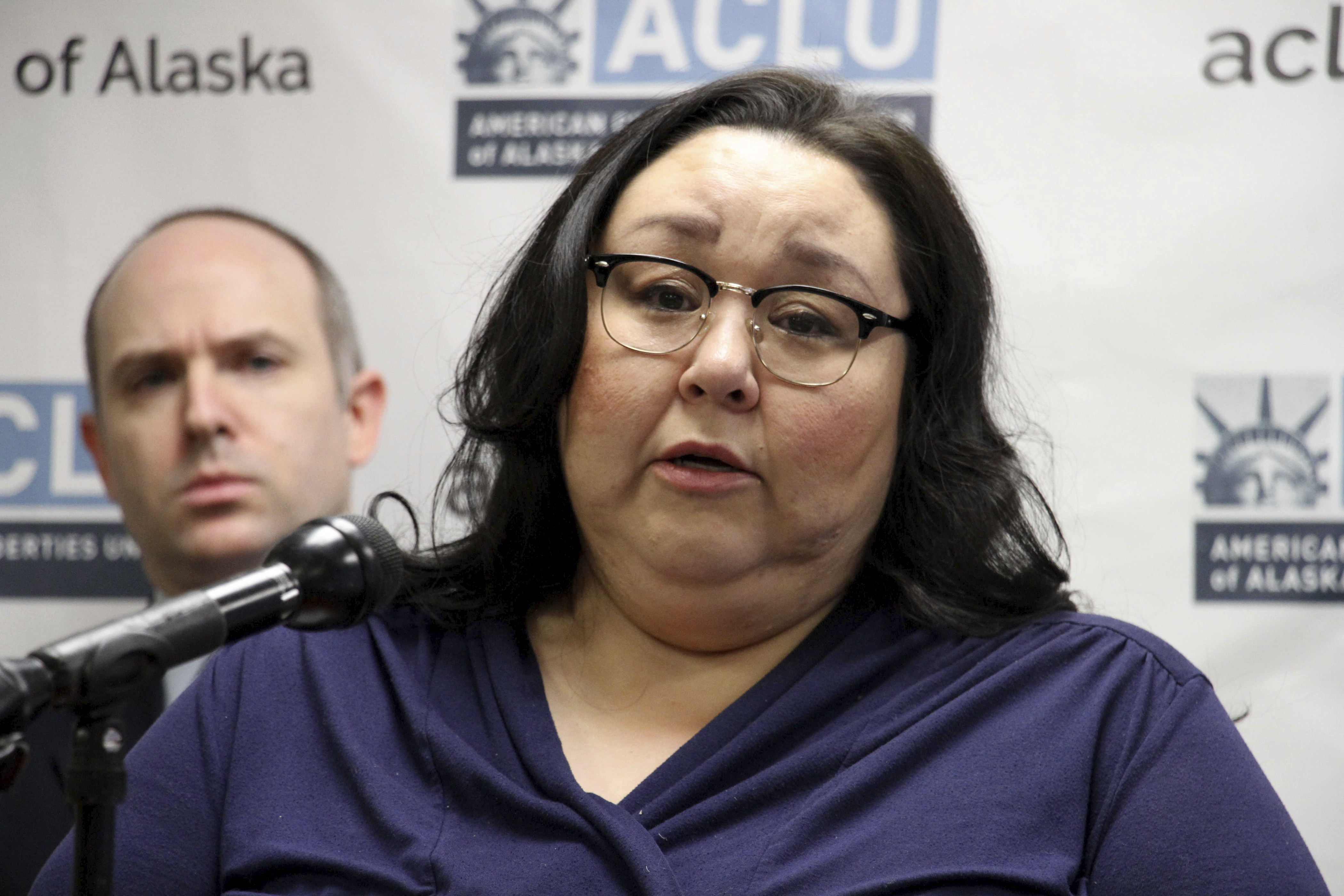 Five years ago, Clarice Hardy (Iñupiaq), a 911 dispatcher in Western Alaska, walked into the Nome Police Department to report to officers that she had been sexually assaulted.

“I told them I was raped,” Hardy said in a press conference yesterday. “One of (the officers) even ran his fingers through my hair to feel the golf ball-sized ball of the back of my head. And they did nothing.”

But in the months and years that followed, Hardy didn’t hear back from police, despite multiple follow ups. Eventually, she said she realized she “wasn’t worth their time.” Instead, Hardy joined the American Civil Liberties Union (ACLU) of Alaska in filing suit against the City of Nome and the officers that mishandled her case.

Yesterday, Hardy reached a $750,000 settlement with the city. She said she accepted on the settlement on behalf of the hundreds of Native women whose sexual assault cases were not properly investigated by police.

“As part of my settlement, I demanded an apology from the City of Nome. That apology is for all of us,” Hardy said yesterday.

In the city’s apology, city mayor John Handeland wrote that Nome police’s failure to respond “caused Ms. Hardy to suffer unnecessarily, and we are deeply sorry.” Handeland added that the city is “actively monitoring” the police to ensure a similar failure may never happen again.

Hardy—who goes by the name Bun—said the only way to ensure accountability, she’s learned, is persistence.

“The City of Nome has promised that the police department will do better, but I know that the only way to ensure that actually happens is if we continue the work activists in Nome started five years ago,” she said.

Her story inspired many other sexual assault survivors to speak out—including to national media outlets— and also to form a survivor’s advocacy group in Nome. A new police chief took over in 2018, and began an internal audit of backlogged cold cases. The results found more than 460 reports of sexual assault, the majority of which were reoprted by Alaska Native women.

ACLU’s legal director in Alaska, Stephen Koteff, said the organization has verified that the City of Nome has worked to clear its backlog of cold cases of sexual assault reports.

“We've also learned that, through change of leadership, the city is maintaining an active roster …of investigators, and is diligently looking into these cases as they happen and not letting them sit as they did for so long for Ms. Hardy and others.”

Alaska Native women, who suffer a disproportionate number of the assaults across the state—often paired with a lack of follow through from law enforcement—are finally stepping into the light, thanks to Hardy, according to Lisa Ellanna, a Nome community member and activist who spoke at the press conference.

“What happened to Bun speaks volumes about what the situation is for the rest of the state,” Ellanna said. “It also is shedding light on how sexual assault is handled by law enforcement, how cases are processed through the criminal justice system, and how that system needs to be improved.”

Alaska has one of the highest rates of sexual assault in the country, and Alaska Native women are more likely to be attacked than anyone else, according to the Alaska Department of Public Safety statistics.

“Because Bun stood up and raised her voice, she's given us a voice…to say ‘we know what's going on, and we know this treatment is wrong. And we know we can stand up and raise our voices in demand that our constitutional rights be upheld,’” Ellanna said.